World oil supplies are running out. Gasoline rations at $17 a gallon. Aqualene will cost less than a dollar … if Adam Harlow can get his fuel formula to NASA before Big Oil gets to him!

Hidden from a scandalous energy industry, Aqualene—a new water-based fuel—is born deep inside a secret NASA laboratory. Only sabotage can explain its mysterious disappearance, calling for hundreds of top minds to resurrect its complex formula. Wary of threats by vested oil interests, a Seattle mineralogist reluctantly joins the search.

Can one man with a secret so vital to global stability stand up to the most powerful oil mogul, and avert a U.S. nuclear confrontation with China?

From the bowels of Underground Seattle and the dizzy orbits of the International Space Station to the deadly labyrinths of a covert California refinery, Aqualene ignites adventure and suspense. 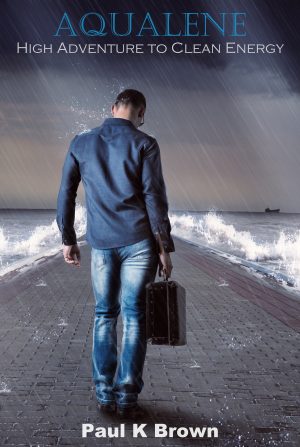