Hired on as a security man aboard LA’s first railroad line to the San Pedro harbor, young Llano suspects a stolen shipment of secret U.S. Army Winchesters is to be smuggled overseas.

A kingpin of crime in his day, Rupert Harvey aims to profit twice from the stolen firearms—a plan that Llano and his partner must follow, but always one step behind until an old friend shows up hunting a lost heir to a valuable Spanish land grant.

Will the sophistication of organized smuggling on a Los Angeles wharf outdo the Llano Kid? Is the witty gunslinger out of his league?

Climb aboard the San Pedro Line of the 1870s and ride the rails with Llano as he steams toward danger in a boom town of unbridled power and corruption. Suspense and intrigue, down to the last draw!

Available in soft cover or on Kindle. 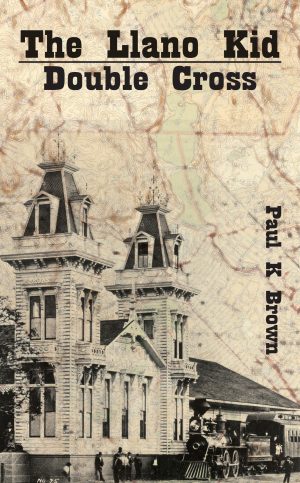