The frontier West in America in the 1870s was rough and largely ruled by the gun. Survival demanded courage and a rawhide spirit. Cattle still grazed on open range. Indians roamed free and often fought to preserve their way of life.

The Llano Kid was raised in Kentucky & Tennessee amongst his Cherokee kin before riding out West into Texas. A half-breed, as folks often called Indians of mixed race, Llano is no pilgrim … but in cattle country he must face new challenges.

Attempts to bully Llano only serve to prepare him with more of what he’d learned from his savvy Irish immigrant father. Intelligence being a common trait among the Cherokee, and bravery with good sense help Llano survive where the odds stack up against men like him.

Readers of all walks of life will enjoy following young Llano through the rugged Pecos hills to the parched desert sands of west Texas as he comes of age, carries his load, stands up to trouble, and earns the respect he comes to deserve.

Here is the first in the series of Llano Kid tales. Find all of your adventures with the Llano Kid on Amazon. 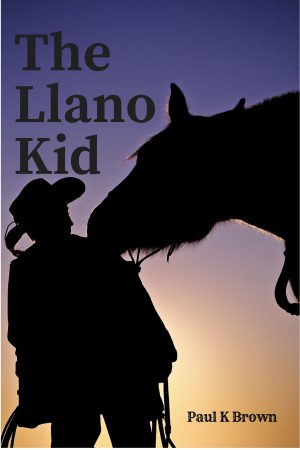